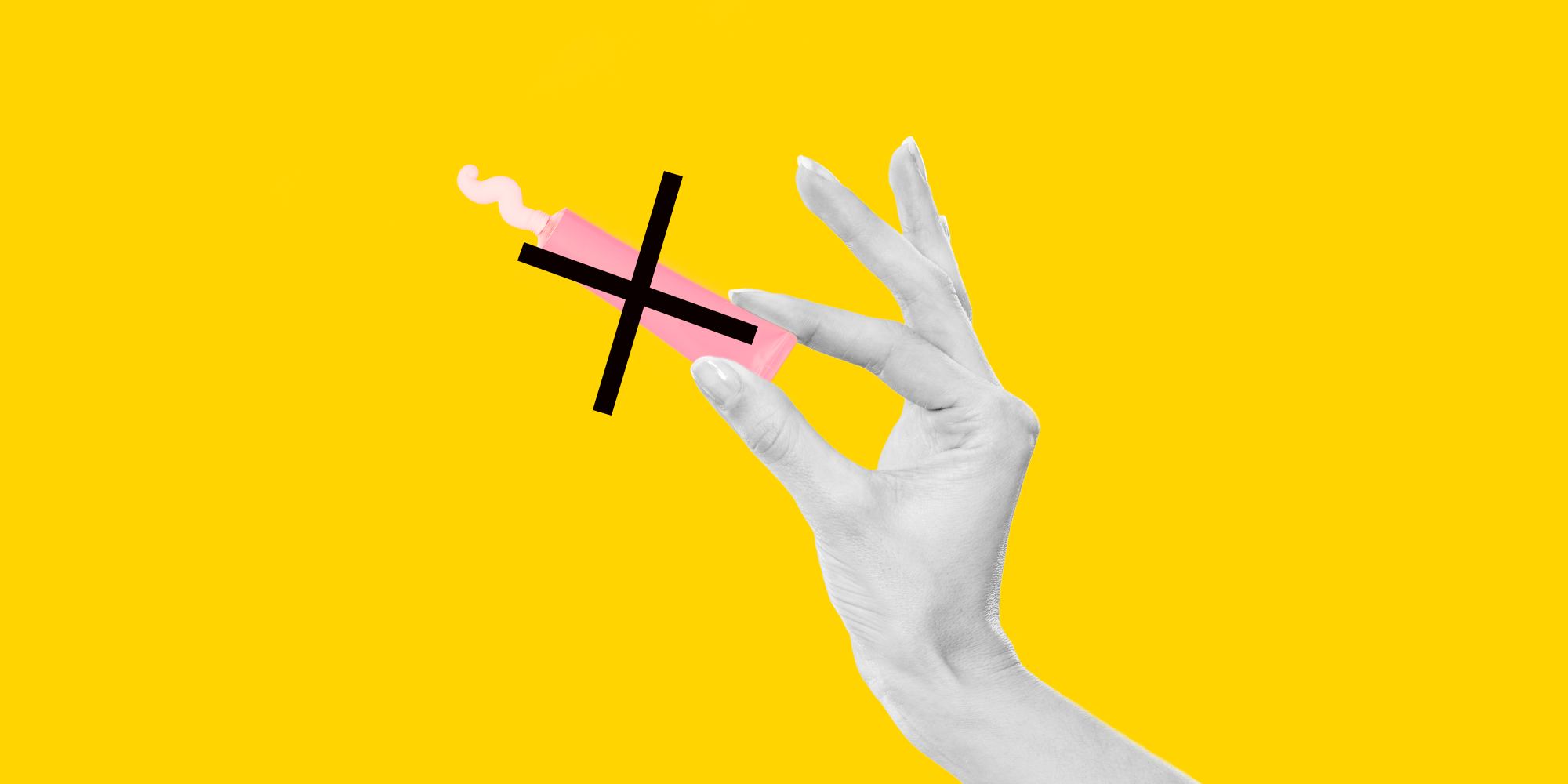 In a YouTube video with more than 1.7 million views (and very low production value), chimey music plays as the camera zooms in on a dish of sugar and then a plastic cup of…pee. It’s labeled “not pregnant.” Then, a second glass of urine from a pregs woman appears. A gloved hand holds up the “not-pregnant” sample to the camera and mixes in three spoonfuls of sugar for 30 seconds. A minute later, the sugar is dissolved and the liquid looks the same. The mysterious gloved hand repeats the process with the “pregnant” pee, and bubbles appear at the top of the substance. In summary, sugar + pregnant pee = bubbly pee. Thus, pregnancy confirmed. Right? Eh, not quite.

The homemade sugar pregnancy test is just one of a handful of DIY conception confirmations that involve mixing pee with household items like bleach, toothpaste, and (obvi) sugar in hopes of causing a chemical reaction to determine whether or not you’re growing an alien inside of you.

Buying a pregnancy test IRL can be awkward. So it makes sense that people would be intrigued by a DIY option. But if you’re going to handle your own pee, you want it to work—and I’m sorry to report that’s not the case.

How does a homemade pregnancy test work?

In each of these tests, users add the substance (bleach, sugar, toothpaste) to their pee and wait for a reaction. The theory is that these products are sensitive to human chorionic gonadotropin (hCG), a hormone present only in the urine and blood of pregnant women, which causes a chemical change when they interact.

Fans of the DIY method claim that if the bleach or sugar mix becomes fizzy or bubbly, you’re pregnant. The same goes for the toothpaste, which allegedly gets frothy (and sometimes turns bluish). If there’s no reaction it means you are not with child, per the DIY pregnancy test community.

Sorry, nope. There haven’t been any formal studies to indicate that homemade pregnancy tests can actually detect hCG or any other specific marker of pregnancy in urine—and it’s highly unlikely future studies would prove otherwise, says Kelsey Tyssowski, PhD, a biology researcher at Harvard University.

“I don’t see any reason why adding bleach, sugar, or toothpaste to urine would specifically detect that hCG,” adds Brianne Raccor, PhD, assistant professor of pharmaceutical sciences at Campbell University.

So if the DIY tests aren’t legit, what’s up with these chemical reactions on YouTube? Well, it might have something to do with the pH levels, the measure of acidity or alkalinity in a solution, of the pee samples and the things they’re combined with, explains Tyssowski.

“If you mix an acid and a base, there’s going to be some kind of chemical reaction,” she says. And since bleach and toothpaste are more alkaline, mixing them with some acidic pee could make the fluid foamy. As for the sugar, which is a solid and has no pH, Raccor says it’s unclear why the two urine samples would lead to a different result. “There’s no control for temperature, urine amount, or the amount of sugar used in the video, all of which could affect the outcome,” she says. She adds that if the non-pregnant sample dissolved less sugar, for any reason, that could account for the bubbles you see in the video. So… ¯\_(ツ)_/¯

Besides the potential hazards of working with bleach (ya know, fumes and possible skin and eye irritation), creating a homemade pregnancy test isn’t dangerous. The biggest risk is trusting the result you get with these very unreliable tests, says Raccor.

For this reason, you’re better off going with a store-bought test, explains Alyssa Dweck, MD, an ob-gyn in Westchester County, New York. “The FDA-approved tests you find in a drugstore are proven to be reliable, uniform, reproducible, safe, and effective,” she adds. Also, they’re 99 percent effective, according to Planned Parenthood, which is way more than those rando concoctions.

If you’re worried about the cost of a real-deal test, you can save some money by buying a generic one, says Dweck. They work exactly the same as the brand-name versions, she adds. Planned Parenthood may also be able to provide a free pregnancy test depending on where you live. Whatever you choose, just know these kitchen science experiment tests aren’t gonna cut it.

Related tags : Are Homemade No Or Pregnancy QQ: Safe Tests